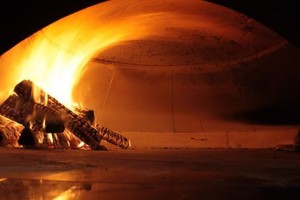 Ramunto’s Flash Fire in Claremont New Hampshire is offering an opportunity to see who can take the best, most artistic photos of our food! Rules are simple, take quality photo of your meal, share it on Facebook, tag Ramunto’s Flash Fire in it and see who gets the most likes. The winner will be picked on a combination of best picture and most likes. The winner of this competition will receive one free meal the next time they are in the store.( Ends, April 15th, 2015)

Join us this Tuesday night, March 10th from 6-8pm for WKNE & Ramunto’s Brick Oven Pizza of Brattleboro AFTER WORK SKI PARTY! $2,000 in lift tickets being given away during the live broadcast at the last ski party of the season. g.housen give-a-way of a Bud Light snow board and a Goose Island Brewery fire pit. Arrive early for the best seats

Come join us Wednesday, March 25 to support CHAD children’s hospital in a fundraiser for Battle of the Badges hockey game! 5% of all purchases will be donated to CHAD in support of Battle of the Badges….. 50/50 raffle tickets, raffle baskets and purchases of game day tickets will be offered, along with great food, great friends and a great cause…. Come make a difference! See you soon.

The Ramunto’s Brick Oven Franchise would like to give a warm welcome to the newest location in our franchise, Bennngton! Congratulations Matt Willey, Patrick Willey, Kenny Buchanan and Corey Mears on being the new owners of this franchise.